A woman from France visiting her mom in B.C. says U.S. Border Patrol held her for crossing into Blaine, Wash. 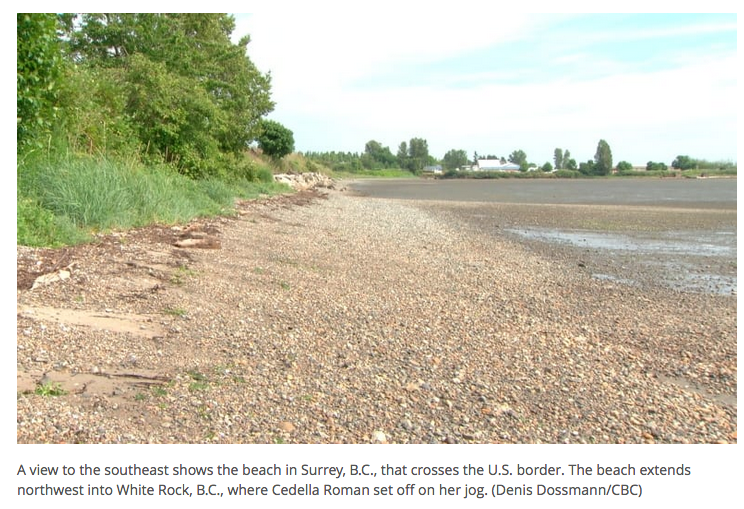 A visitor from France says she was jogging along the beach south of White Rock, B.C., when she crossed the U.S. border without realizing it. So began a two-week nightmare that landed her in a prison jumpsuit.

Cedella Roman, 19, didn’t know it at the time, but as she ran southeast along the beach on the evening of May 21, she crossed a municipal boundary — and, shortly after, an international border.