This guy won Guinness World Records in 2005 and didn’t know about it till now.
He is the only Nepali sportsperson to feature in the Guinness Book of World Records,
for clocking the fastest run at the highest altitude,
but he learnt about it only eight years after setting the record (source: kantipur daily). 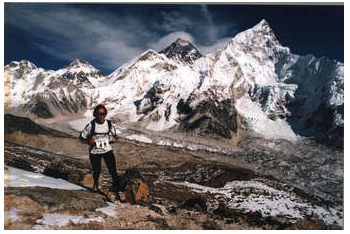 His record was Published in 2005, the Golden Jubilee year of Guinness Book of World Records. It states the Jumla-based marathoner set a world record timing of 3hr. 16min. 3sec. in the Everest Marathon in 1999 …