The most popular runner in one of the world’s most difficult races is,
strictly speaking, not an official entrant. Or even human. 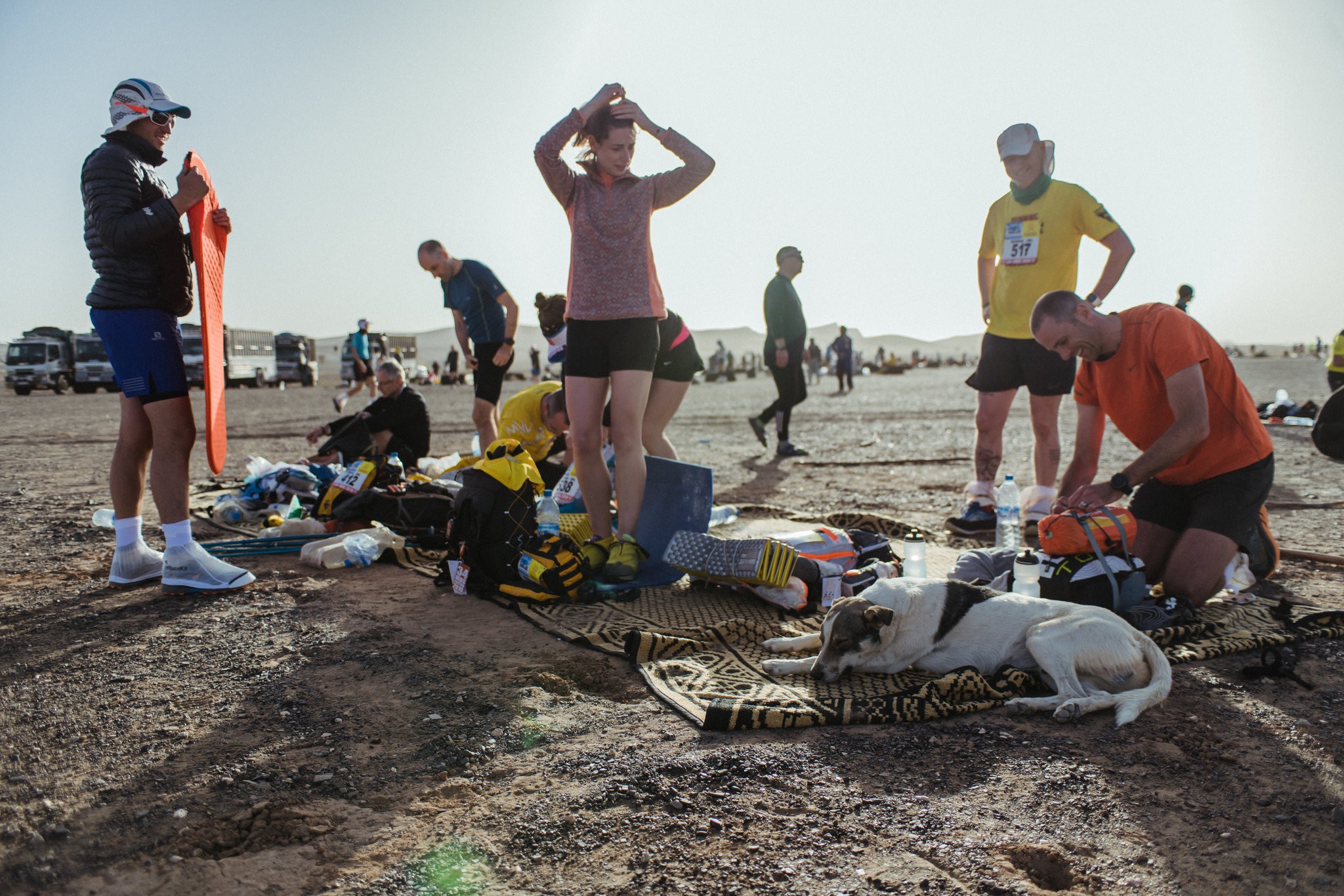 At the finish line, Cactus followed other runners as they had a drink of tea and collected water bottles.
CreditRyan Christopher Jones for The New York Times

A dog nicknamed Cactus suddenly appeared on Monday during the Marathon des Sables,
a 140.7-mile stage race made harder by the heat, wind, sand dunes, rocks,
stony plateaus and dry valleys of the Sahara in southern Morocco,
the rough equivalent of running 23.5 miles a day for six days.

[ More by : Ryan Christopher Jones for The New York Times ]