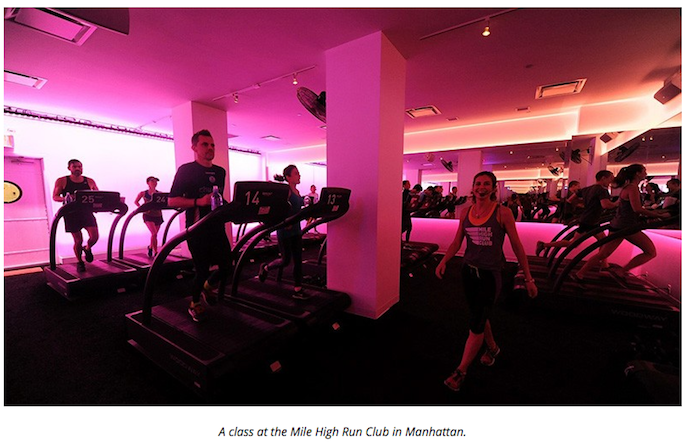 Many runners cringe at the thought of doing a treadmill workout alone.
But group speed sessions on treadmills—led by experienced coaches in upscale studios—are quickly gaining followers across the country.
The Mile High Run Club in New York City opened just more than a year ago and already has done nearly 3,000 classes. There has been such demand that some sessions have waiting lists, says owner Debora Warner.