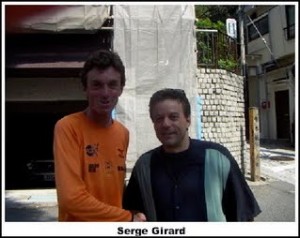 the last day of his Paris -Tokyo Challenge
running 265 days through countries & continents
He was born in 1953 and is the father of 3 children:
Holds 4 world records, he ran…
across the US in ’97,
across Australia in ’99,
across South America in ’01,
across Africa in ’03
and getting himself ready of running 365 days
through Europe – Sept 09 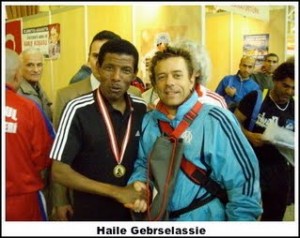 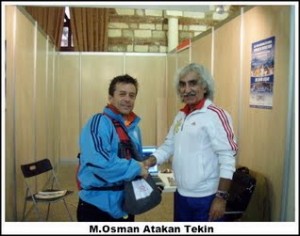 also at the Eurasia 2 Continents Marathon Expo,
He has been to 52 countries on 6 continents.
He ran 52 marathons in 19 countries including,
12 in the USA, 5 in Japan and Mongolia, Cambodia,
Thailand, Hong Kong,
Argentina, Siberia, Vietnam, South Africa. 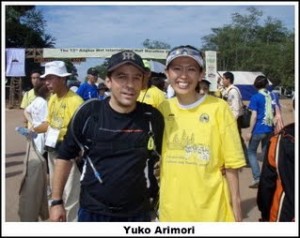 posing at the finishing line after the half marathon
of Angkor Wat.
Arimori is considered to be the first Japanese female “professional” athlete.
With an Olympic medal record
Silver 1992 Barcelona Marathon
Bronze 1996 Atlanta Marathon 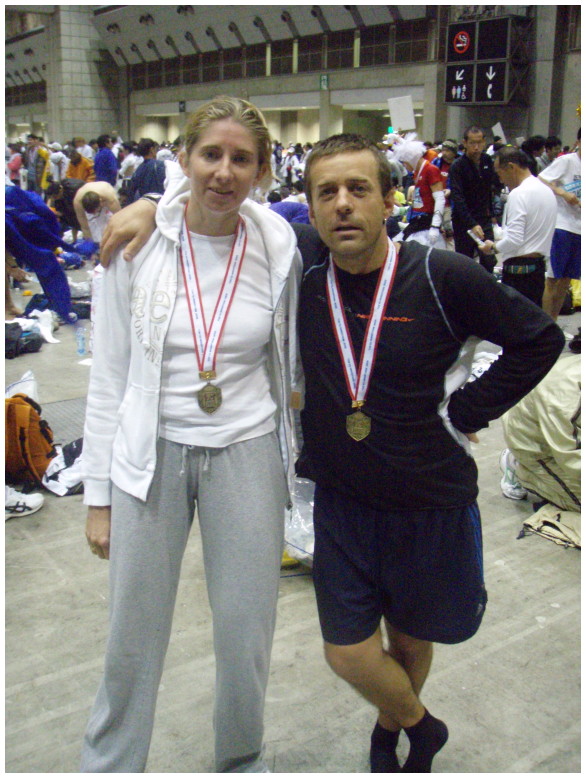 French journalist, she has been writing about her experiences with the publication Running for Her
and founded the website www.couriraufeminin.fr

With Dick and Rick Hoyt 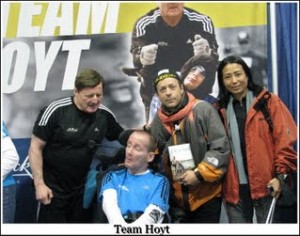 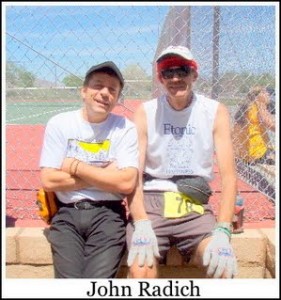 We met John during Wild Wild West Marathon
He is impressively humble despite his Achievements:
1. 1st Place over all in the Arizona 6 day race 361 miles 2004.
2. 5 time finisher at the Kiehl’s 135 Badwater Ultra Marathon across Death Valley.
Billed as the “world’s toughest footrace’.
3. July 2005 continued on from Badwater run through the John Muir Trail to Yosemite. After a short rest, returned to Whitney Portal and reversed Badwater run 135 miles to Death Valley.
4.1998 participated in the 1st Human Rights ultra marathon from East Grinstead, England to Frankfurt, Germany.
5. In 1999 Radich ran from Athens, Greece to Hamburg, Germany for Human Rights.
6. In 2001 participated in a run across France.
7. 2002 participated in the St Petersburg, Russia to Paris, France run for Human Rights and Tolerance. 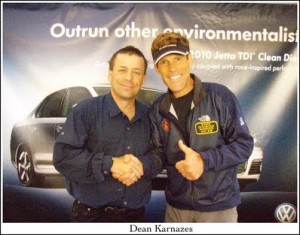 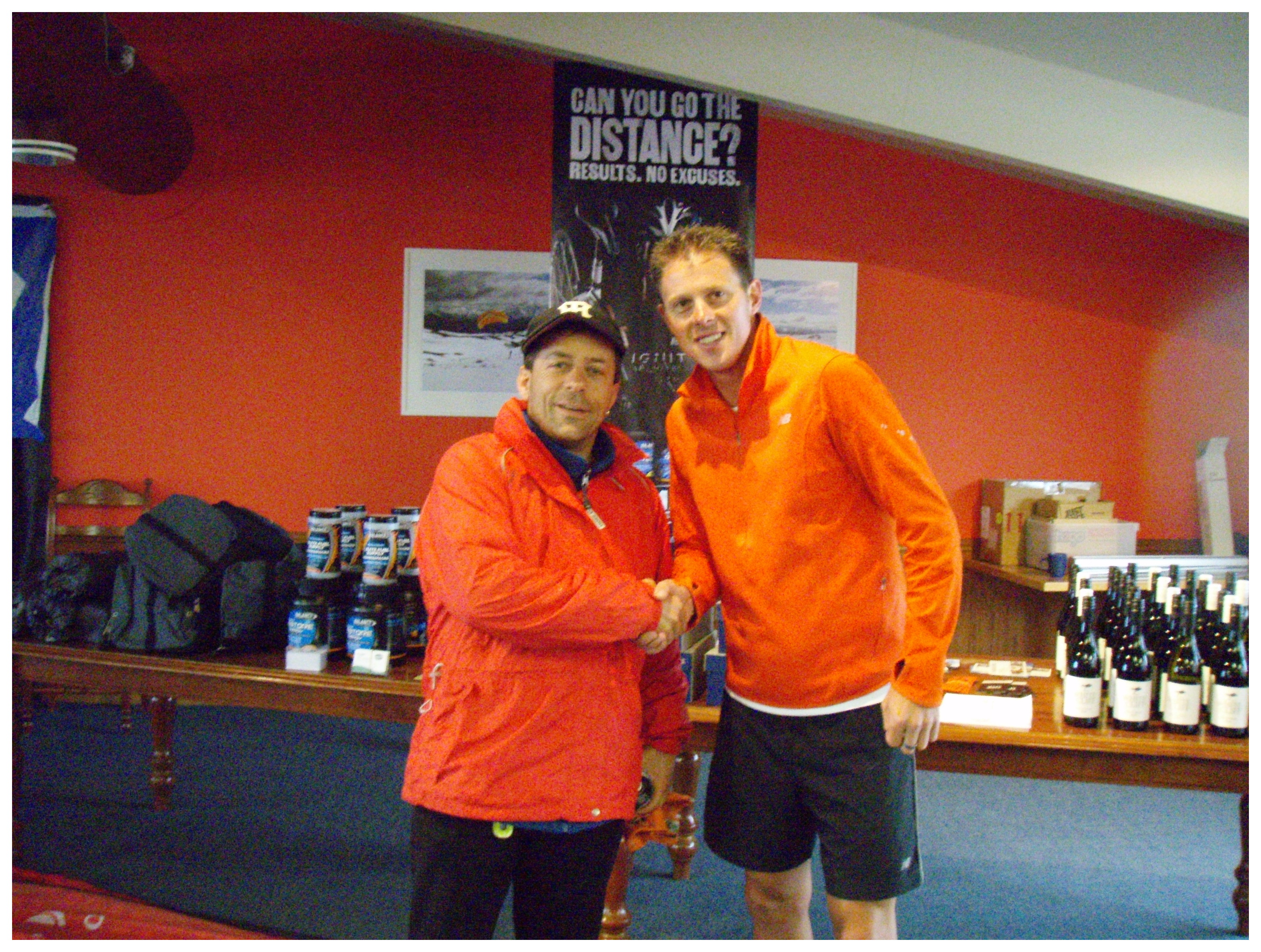 Originally from Wales, Adrian moved to Queenstown in 2002 after competing in the Queenstown Marathon and decided that he had finally found his training paradise.
A keen athlete from a very young age Adrian represented Wales in numerous events from 5km Cross Country races to Ultra Marathons. After 5 years of waiting to become eligible to represent New Zealand he finally donned the Kiwi singlet and represented New Zealand in November 2008 at the 100km World Championships in Italy. 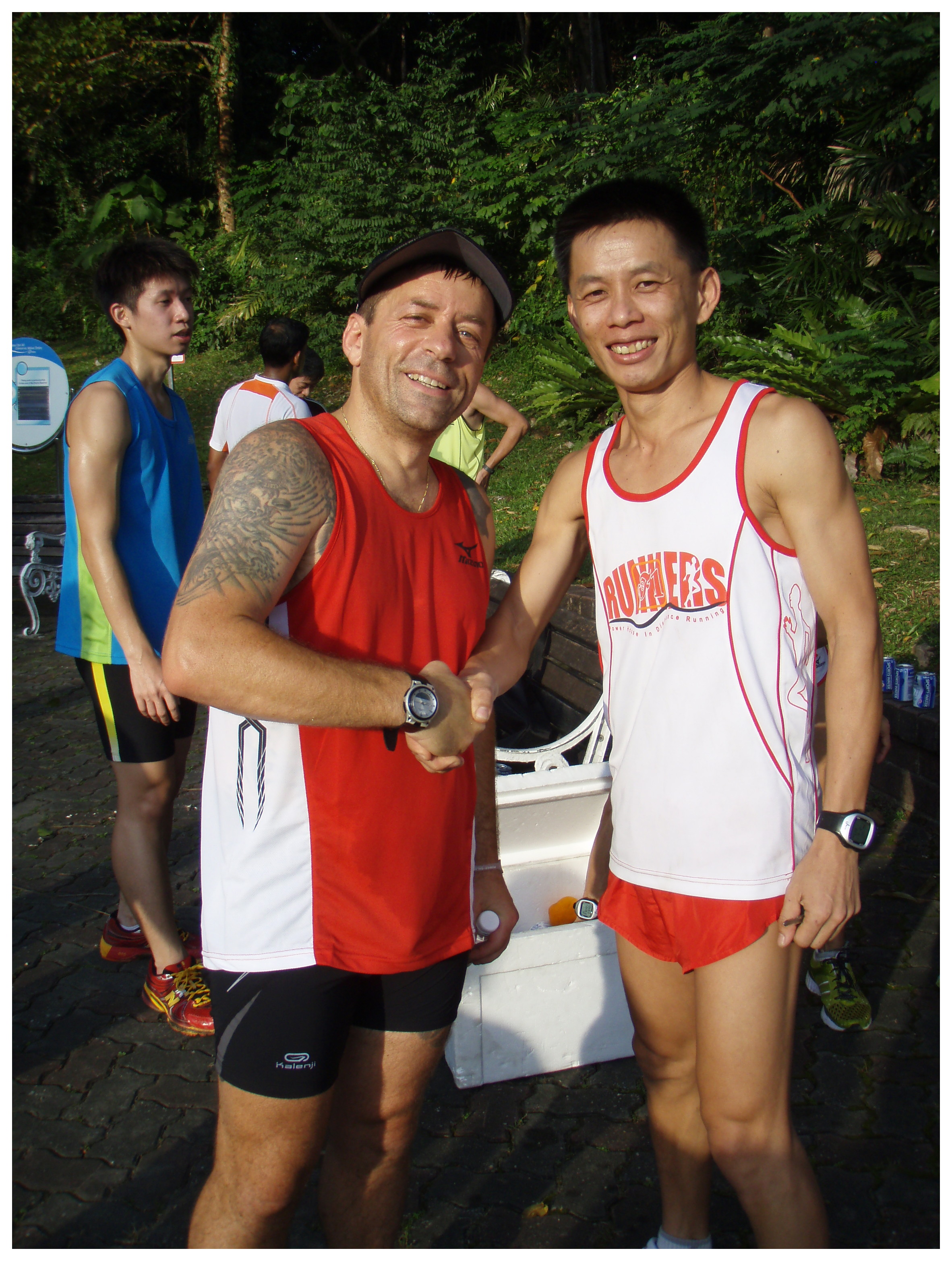 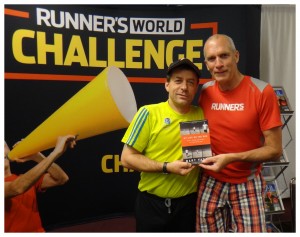 I meet with Bart Yasso at Big Sur Expo in 2011 ,
I just bought  his book “My life on the Run ” which he signed for me
Being a legend by himself … I recommend you just vist his Website 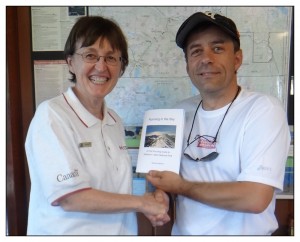 Author of : ” Running in the Sky ”
that compiles and describes the trails at Waterton Lakes National Park
that she has come to know as well as both :
a trail runner ( including Marathons and Ultra )
and a long term Canada Parks Employee…

I have appreciated our long conversations 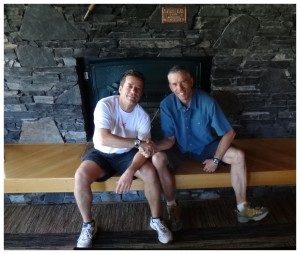 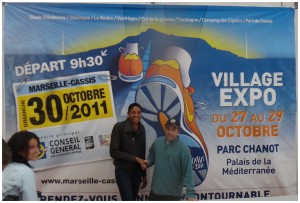 a French athlete, specialised in the 200 and 400 m,
and a triple Olympic champion.
Pérec was World Champion in the 400 m in Tokyo
and 400m champion at the Barcelona Olympics.
Four years later she entered in the 200 m at the Olympics in Atlanta winning both events, achieving the 200/400 m double gold medal.
She won the 400 m in the Olympic record time of 48.25 seconds.

with With Seow Kong Ng (Green Vest and VFF) 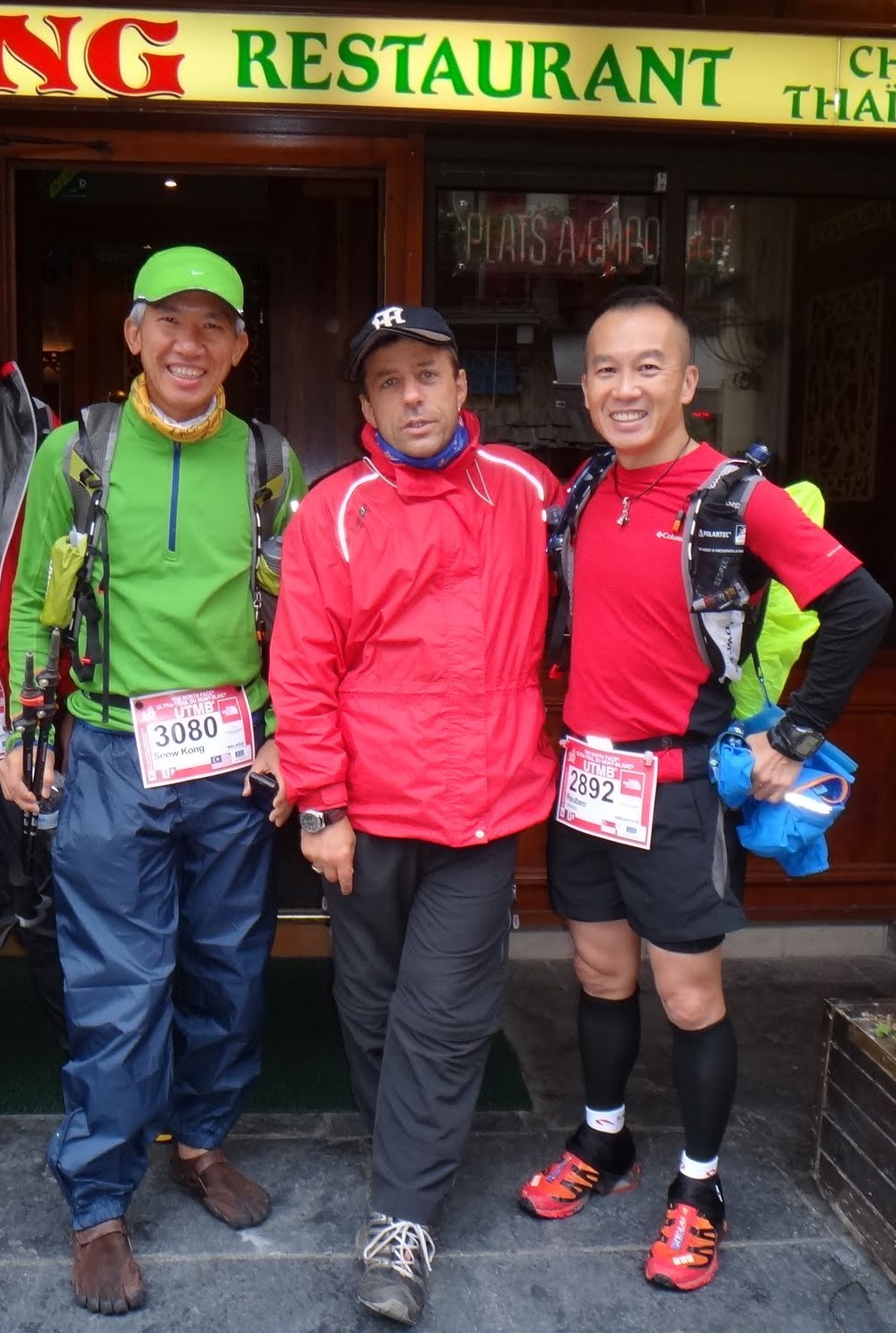 Meet with Seow Kong Ng from Malaysia in France during UTMB ’12.
He is the First Malaysian ever Finisher at Badwater Ultramarathon;
in 2103 he finished in 42:51:40 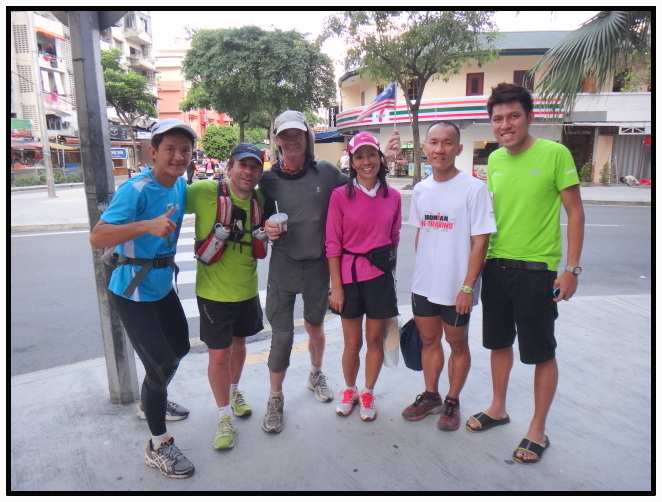 Tony began on 25th October 2010 with the Dublin Marathon
and is currently running around the Globe looking into ending his all Round The World Run on 27 Sept 2014 the day of the Dublin Marathon
His World records : http://www.theworldjog.com/records.html

also on picture part of Malaysian FRIM team …
such as from left to right : Tey Eng Tiong, Allan Lee, Jeff Ooi
and CallyCaffee Ng who is taking picture, thanks ! 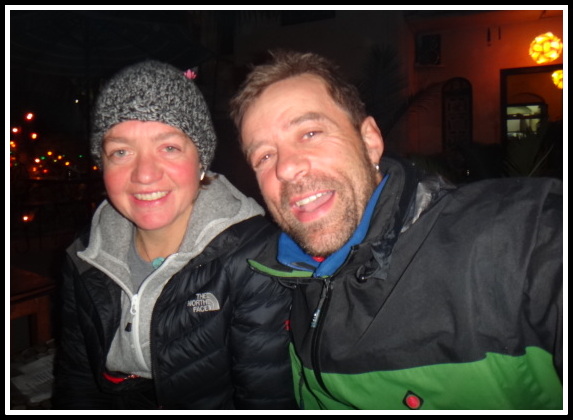 From Right to Left
Lizzy Hawker ,
Richard Bull ; Race Director
Richard is British and has been visiting Nepal since 1999.
He is a passionate trail runner himself and is the co-founder of www.trailrunningnepal.org,
a non-profit forum for trail running in Nepal.
Richard volunteers as part of the team organising the Annapurna 100 race, which is held in Pokhara every year . 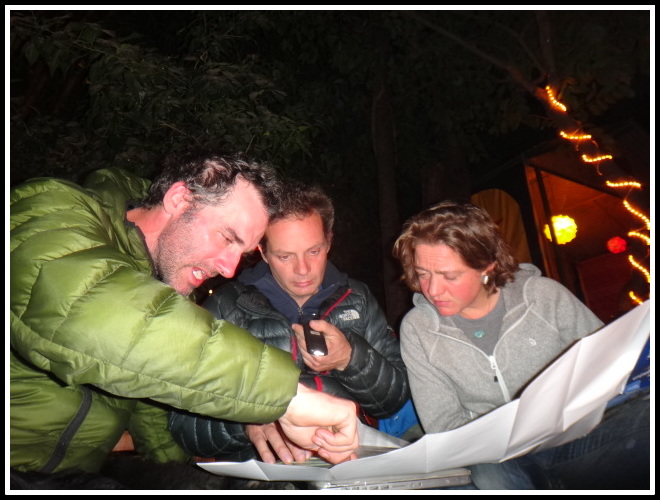 and Seth Wolpin …
Seth divides his time between Seattle and Kathmandu.
He is a running addict and loves the Cascades and the Himalaya.
An adventurer at heart, recent shenanigans include climbing Everest in 2011, running solo across the USA in 2012, and running in some crazy circles 2013 ; possibly first of its kind – a slow run around Kilimanjaro via high altitude trails averaging ~13,745ft, covering 27 miles, in 12:35 hours (with a couple significant stops) accompanied by Jacob Slaa.
He is a PROBAR athlete and works with www.S2mountaineering.com where he helps organize high altitude treks, runs, and climbs. Seth writes overly long trip reports at www.sethwolpin.com. 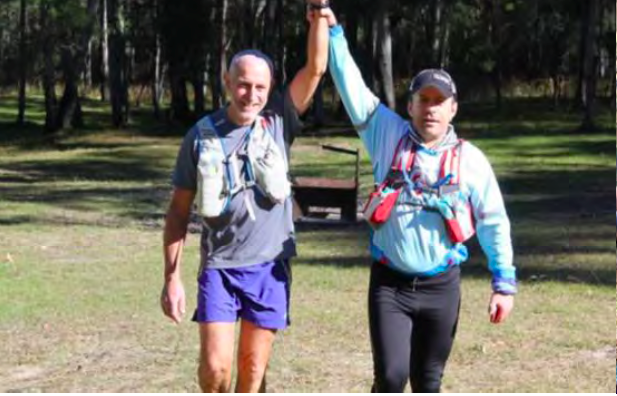 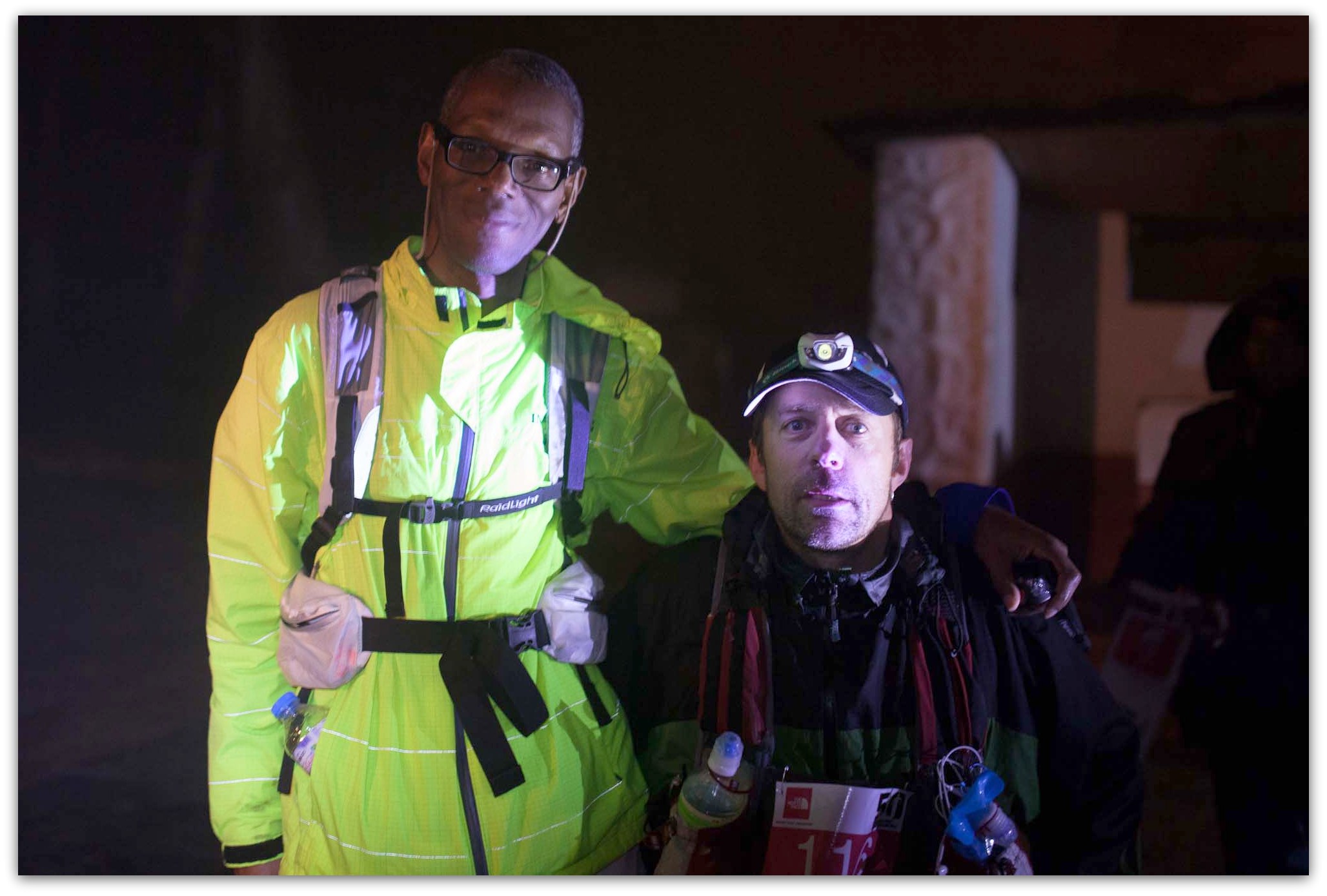 7 marathons on 7 continent finisher, Sidy has been on my side while running his Asia Ultra Marathon; the North Face Kathmandu 50 km,
as he now plans to run 7 Ultra on 7 Continents …
A great personality yet humble ! 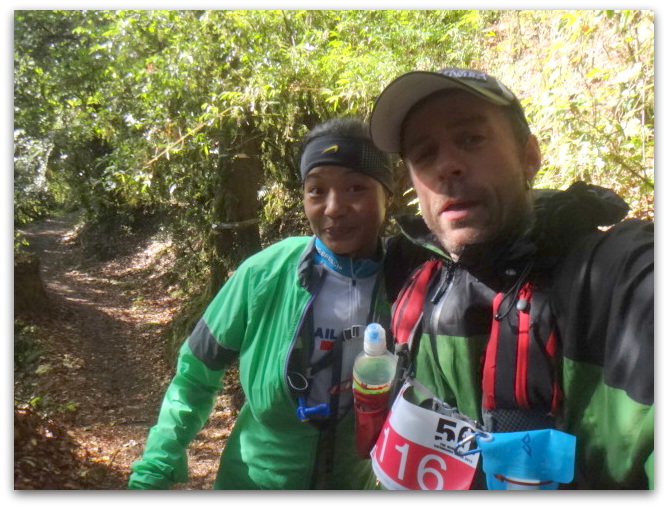 Mira won every single 50 km trail race she entered, a Legend in the making !