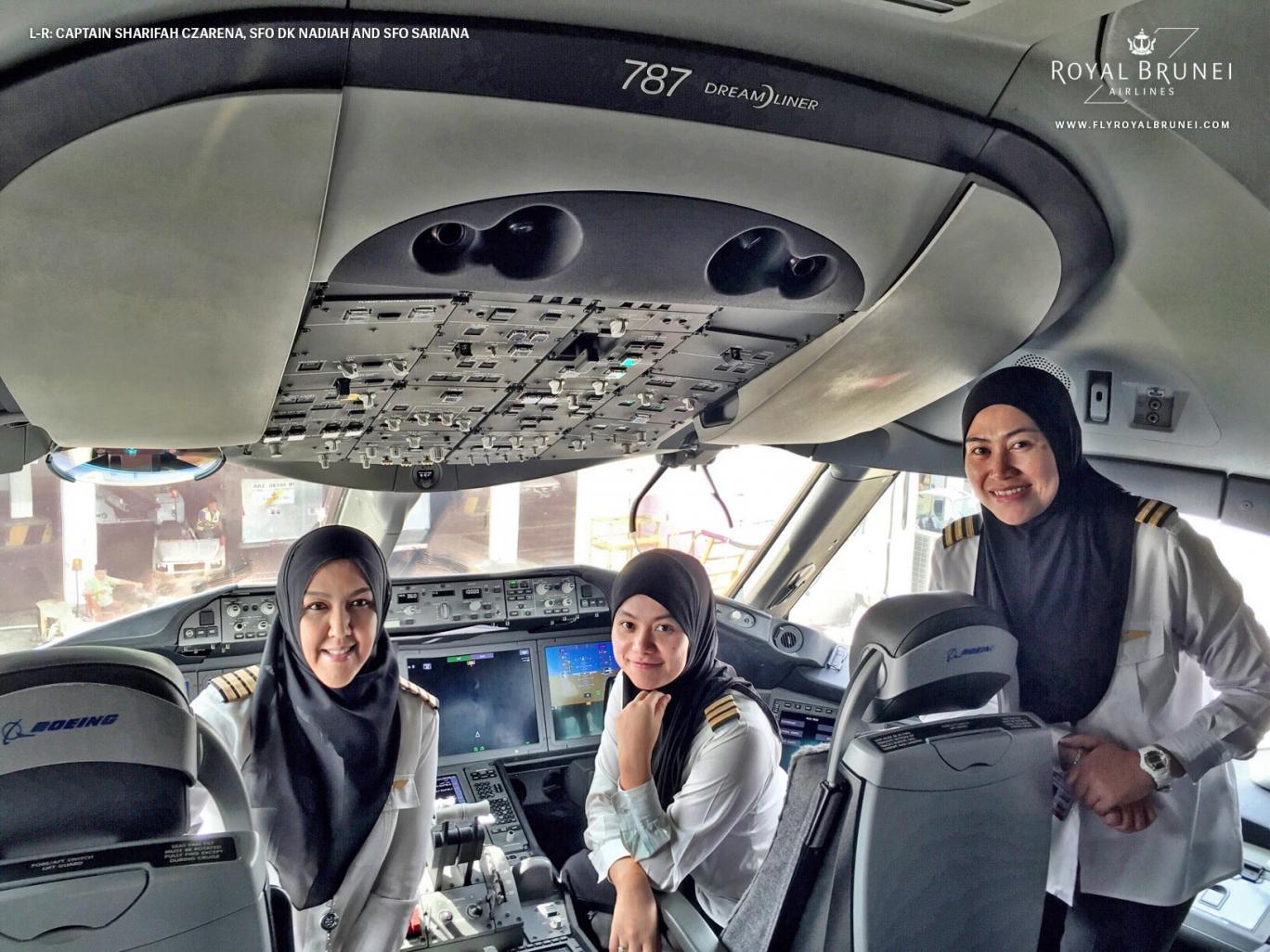 ‘As a woman, a Bruneian woman, it is such a great achievement.
It’s really showing the younger generation or the girls especially that whatever they dream of, they can achieve it’

The first ever all-female flight deck crew for Royal Brunei Airlines has operated a plane from Brunei to Jeddah in Saudi Arabia.

Although it was a milestone for the airline, the pilot crew touched down in a country where women are still not allowed to drive a car.