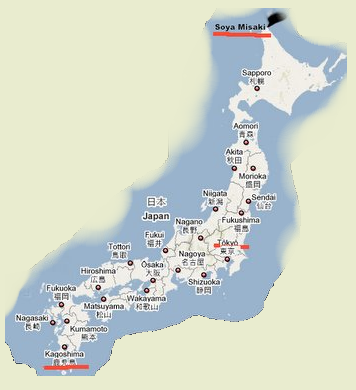 Although we had originally planned to make it by scooter to Okinawa in southern Japan,
all conducted researches and the proposed rates quickly put us off …
¥ 80,000 each way by ferry from Kagoshima to Naha …
it is cheaper to get there by plane !
– Change of plan – 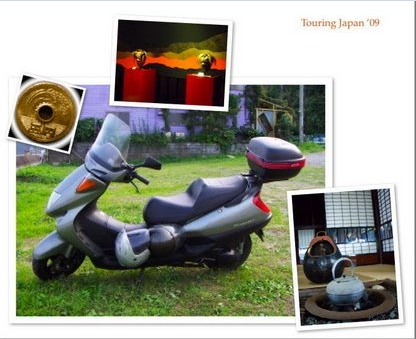 Acquired few years back for my Tokyo daily use .

The Bike Pros …
– The 400cc and above require mandatory vehicle inspection every 2 years !
– The Japanese Riding license :
although I have all CC riding Licenses in France
I would have to take Traffic law and Riding tests if I wanted a 400 cc or more;
this because I am a resident in Japan.

– Maintenance:
Easy ; Change oil every 3000 kms, no need of oil filter
Full Check prior to departure: control of the clutch, belt and rollers.
Tires and Brake pads depending on wear.

– Insurance :
Compulsory insurance in Japan called “Jibaiseki Oken” do cover only the third party;
This insurance is a sticker fixed on the license plate of two wheels.
We will get one as a precaution due to an unfortunate and sad experience;
as personal insurance through our garage Honda dealer.
It is possible in Japan to set an entire year and
terminate the contract after 2 months and ask to be reimbursed;
That is what we will do!
It will cost us ¥ 3,200 per month!

– LODGING :
ANYthing we find on the road:
Hotels, ryokans, minshukus, Love Hotels.
The hotel industry is in a metamorphosis and getting less and less expensive
if you book on the Internet and hold ¥ens of course.

– Parking for Bike :
being in most cases a problem
In fact it has become forbidden for all 2 wheel to park in the street in Japan outside of reserved and paid parking.
¥ 6,000 is the Parking ticket if caught on the sidewalk – Beware those “Man in Green” 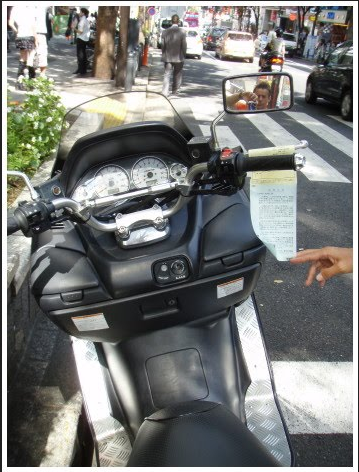 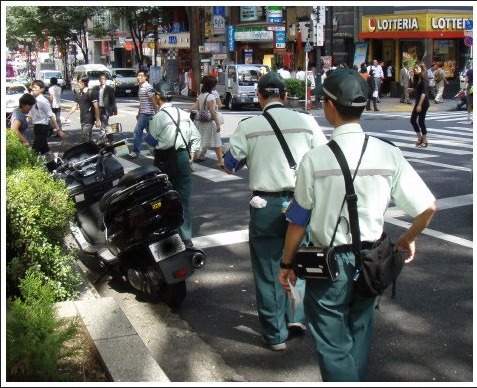 – The Journey :
We will avoid as much as possible Highways except to get out of Tokyo or cross major cities,
we will ride by the seaside.
The 250 cc is more than enough because the speed limit is 50 k/h on national and departmental, 40 in villages.

And since I mentioned the code of Japanese Route:
Zero tolerance for Driving under Influence; License revoked on the spot !